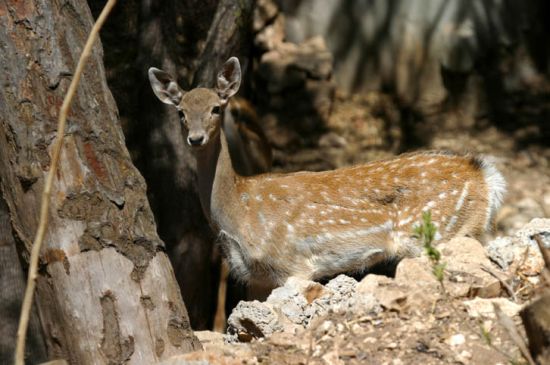 The Mesopotamian Fallow deer has only a very small distribution range in western Iran. In ancient times they had a much larger distribution and were found over much of southern Europe and northern Africa. However they were hunted mercilessly and by modern times had become extinct over most of their range. The last remaining pocket of animals was found in 1875 and named as a separate species. The population there now numbers only a few hundred animals. The Mesopotamian Fallow Deer is therefore at great risk of becoming extinct and is listed as being endangered by the I.U.C.N. They are now well protected in Iran and their numbers are slowly increasing. A small number has been re-introduced to Israel where they are now breeding.

Like the European Fallow Deer the Mesopotamian Fallow Deer prefers areas of open woodland and forest. In behaviour and social life they are similar to their European cousins.